We recommend using a newer internet browser, such as Google Chrome or Microsoft Edge, to optimize your browsing experience.

Get them dirty: children’s play campaign encourages exploration of the natural world

Can you tell the difference between a bee and a wasp? Or identify a magpie?

According to a report published by the National Trust,01 many children in the United Kingdom spend so little time outdoors that they are unfamiliar with some of the country’s commonest wild creatures. It’s a challenge being tackled by Play More, an ongoing campaign run in the UK by a Teva OTC (over the-counter) product Sudocrem® used to treat skin conditions, including diaper rash, eczema and surface wounds.

Play More has the enthusiastic backing of TV naturalist Chris Packham, a presenter of the BBC’s popular Springwatch series. In a video to promote the campaign,02 Packham says, “I really want to put my heart into this, because I believe that we need to get kids outside into the environment, playing more, so they engage with it.”

The Play More campaign focuses on the idea that modern children need to get away from their computer screens and spend more time in the woods or the playground. “There are so many stories in the media about childhood obesity and other health issues that we felt we should try and do something,” says Georgina Fotopoulou, Teva Brand Manager for Sudocrem® UK.

She has a point. If you type the words “UK children not playing” into Google, the search returns pages of articles and studies that suggest that the current generation of parents are so protective and fearful for their children that it’s starting to have a stifling effect on the children’s development,03 and making them less happy as a result.04 “Sudocrem®’s own research suggested that many kids weren’t playing outdoors for more than four hours a week,” says Nick Lang, Head of OTC Marketing for Teva UK.05

Last year, Play More addressed the basic issue of getting children out to play more and benefited from the backing of Dr. Robert Winston as spokesman and advocate for the campaign, who compared his school days to those experienced by modern children. “My journey to primary school was a long walk, alone, then a three-mile ride on the 23 bus; by the age of eight I travelled alone for 50 minutes on the Tube across London,” he said.

Judges at last year’s OTC Bulletin awards were so impressed by the campaign it won Best OTC Public Relations Campaign for a Medicine for 2017. The campaign was praised as “creative, warm, engaging and emotive.” 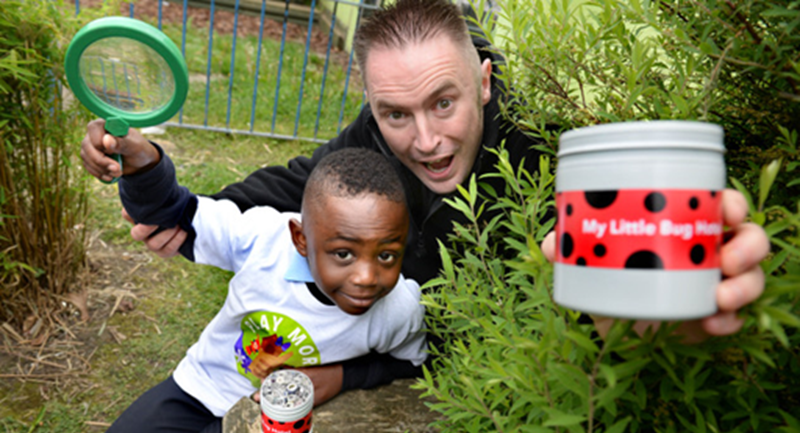 Nick Lang explains: “We seem to wrap our kids up in cotton wool; as soon as they fall we’re there to catch them. We don’t allow them to climb trees, ride their bikes or play in the park on their own. 06 We’re always there, always watching them. We felt that this wasn’t necessarily a good thing. Everyone learns from making their own mistakes, and if we as parents are preventing that, then it could potentially harm the development of our children. We’re not suggesting that it’s a good idea for kids to break their arms, but a graze here or a scratch there is part of the learning process.”

This year, the challenge facing the Sudocrem® team was to continue to communicate the Play More basic message, but also develop its appeal to get even more parents onboard.

Teva UK’s OTC Director, Ryan Ruscoe said, “Outdoor play is an important part of a child’s learning and development process. As technology continues to become more of a presence in our children’s lives, we have a duty to promote a balanced, healthy lifestyle and get kids out there having fun, discovering the world around them and learning more about nature.”

Stressing the importance of the great outdoors, Georgina Fotopoulou explains: “This year we pushed it to the natural world, getting children out there to get dirty and indulge in outdoor play with insects.”

Outdoor play is important, says Chris Packham. “I was very fortunate when I was a child because I was encouraged to interact with the outdoors- looking under rocks and searching under logs and hedges to find creepy crawlies. If you just open your eyes, you’ll see that there is an incredible natural world out there waiting to be discovered.”

The bottom line on generics in Ireland

The bottom line on generics in Ireland

Fighting back against counterfeit medicines

Fighting back against counterfeit medicines
﻿ ﻿

Side effects can be reported to Teva using the Reporting Side Effects Form or via email uk.safety@tevauk.com or also directly via the Yellow Card Scheme here. By reporting side effects, you can help provide more information on the safety of a medicine.

You are about to leave www.teva.ie